Qantas Airways, nicknamed as “Flying Kangaroo” is the flag carrier of Australia. The airway is based in Sydney with its main hub at Sydney International Airport. The largest airline of Australia, Qantas Airways is the oldest continuously-run air service and the second oldest in the world as the Aussie’s flag carrier was founded in 1920 in Winton, Queensland. Qantas headquarter is located at Qantas Centre in City of Botany Bay, Sydney. Adelaide Airport, Brisbane Airport, Singapore Changi Airport and Perth Airport serve as secondary hubs for the smooth functioning of Qantas Airways. 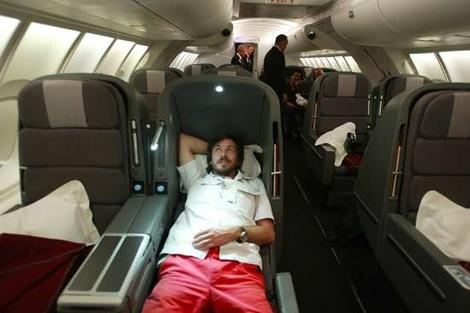 According to Skytrax, a research consultancy firm, Qantas Airways is a four-star airline. The firm declared the airline as the eighth best in 2011. The frequent flyer program of the airline is “Qantas Frequent Flyer”. Presently, the slogan of the airline is “The Spirit of Australia.” The Chairman of Qantas Airways is Leigh Clifford and the CEO is Alan Joyce. Qantas Airways along with its subsidiaries serves 27 international destinations and 60 domestic stops. Qantas is the member of Oneworld air alliance. The airline has the following subsidiaries; QantasLink, Jetstar Airways, Jetconnect, Network Aviation, Qantas Freight, Qantas Defense Services, Qantas Holidays, Express Ground Handling and Q Catering.