A major Chinese airline, China Eastern Airline was founded in 1988. It is the first Chinese airline selling its shares to the international community. The biggest stakeholder of Chinese Eastern Airlines is the Chinese government, which possesses up to 64% of the stakes. Headquarter of the airways is located at Shanghai Hongqiao International Airport in Shanghai, China.

Known as the world’s third biggest airline in terms of market value, the China Eastern Airlines is the nation’s second biggest airline in terms of the number of passengers. In June 2011, China Eastern Airlines officially joined the SkyTeam alliance, becoming the 14th member of the alliance and the second Chinese airline to do so. Currently, the airline focuses on flights to different destinations across Asia, North America and Australia. However, the airline has expansion projects underway with emphasis on increasing the number of international and local stops. In 2007, the airline launched its first long-haul to New York. 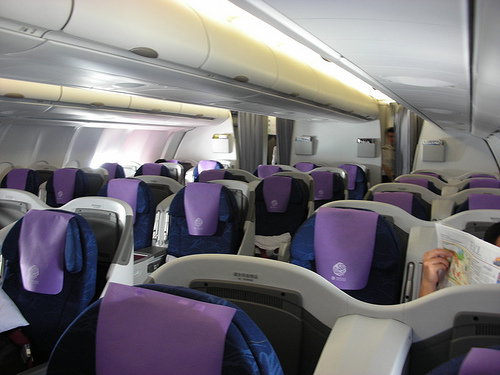 The airline has one subsidiary, Shanghai Airlines. The airline shares Codeshare agreements with All Nippon Airways, Japan Airlines, Asiana Airlines and Qantas Airlines apart from SkyTeam members. The slogan of the airline is “Travelling the globe, making dreams come true.

China Eastern Airline frequent flyer program is known as Eastern Miles, where members can join for free. The program helps the flyers to earn points either by flying or by using China Eastern credit card. When a particular amount of points are gathered, the membership is upgraded to Gold Tier or Silver Tier. Both tiers have their own benefits for the flyers.