Founded in 1919 by Albert Plesman, Koninklijke Luchtvaart Maatschappij N.V, more commonly known as KLM Royal Dutch Airlines is the flag carrier of Netherlands with its headquarter in Amstelveen and its hub in Amsterdam Airport Schiphol. KLM is known to carry passengers and cargo to nearly 90 destinations. The airline is the oldest carrier in the world. Though it halted its services during World War II, KLM still functions under its original name. In 1999, KLM started a care program for underprivileged children at the various routes KLM flies to under the name of KLM AirCares. In the beginning of 2000, KLM ceased flights to many parts of Australia. The current CEO of the company is P.F. Hartman. The slogan for KLM is “Een reis vol inspiratie” which translates as “Journeys of Inspiration”. 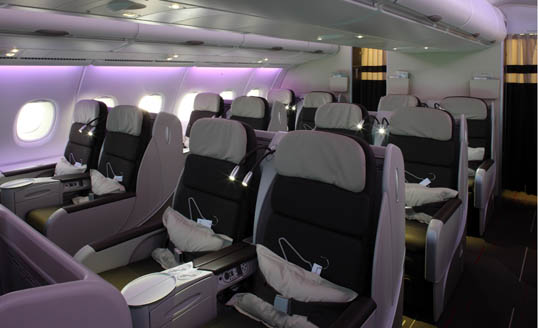 There are three subsidiaries of KLM: KLM Cityhopper, Martinair and Transavia.com. The parent company of the Dutch airline is Air France-KLM and similar to Air France, KLM too is a member of SkyTeam air alliance.