Founded on March 8th, 1989, EVA Airlines is a Taiwanese airline with its base in Taiwan Taoyuan International Airport near Taipei. The airline provides passenger and cargo carriage across four different continents and is the second largest in Taiwan after its rival China Airlines. EVA Airlines is headquartered in Lujhu, Taoyuan County. In early part of 2011, the airline announced its efforts to join SkyTeam Alliance. 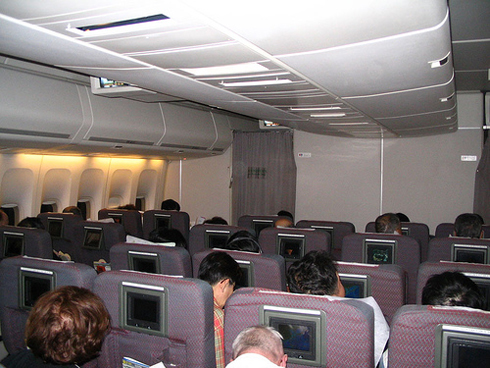 Evergreen club is the frequent flyer program of the airline, which awards redeemable points to its passengers for class upgrade and free services. The points can be collected by flying with EVA, credit card consumption, or staying at any of the Evergreen Laurel Hotels. The current slogan of the airline is “Sharing the World, Flying Together”. The present chairman of the airline is Lin Bou-shui and the president is Chang Kuo-wei..

EVA offers three travel classes to its passengers: Premium Laurel, the carrier’s business class cabin; Elite Class, EVA’s premium economy seat and Economy Class. Premium Laurel was introduced in 2003 in A330-200 and following an encouraging response, the travel class was expanded to more destinations with Boeing 777-300ER and Boeing 747-400 jets. The Business Class features pod-style seats pitched at 61 inches that can be reclined to 180 degrees. There is a 2-2-2 abreast seating arrangement on Premium Laurel; however, in Elite Class there is more leg-space with a 2-4-2 seating configuration. Power switches are available in all the cabins in Premium Laurel and Elite Class. However, meals offer during the flight depend on the travel class, duration of flight and destination.