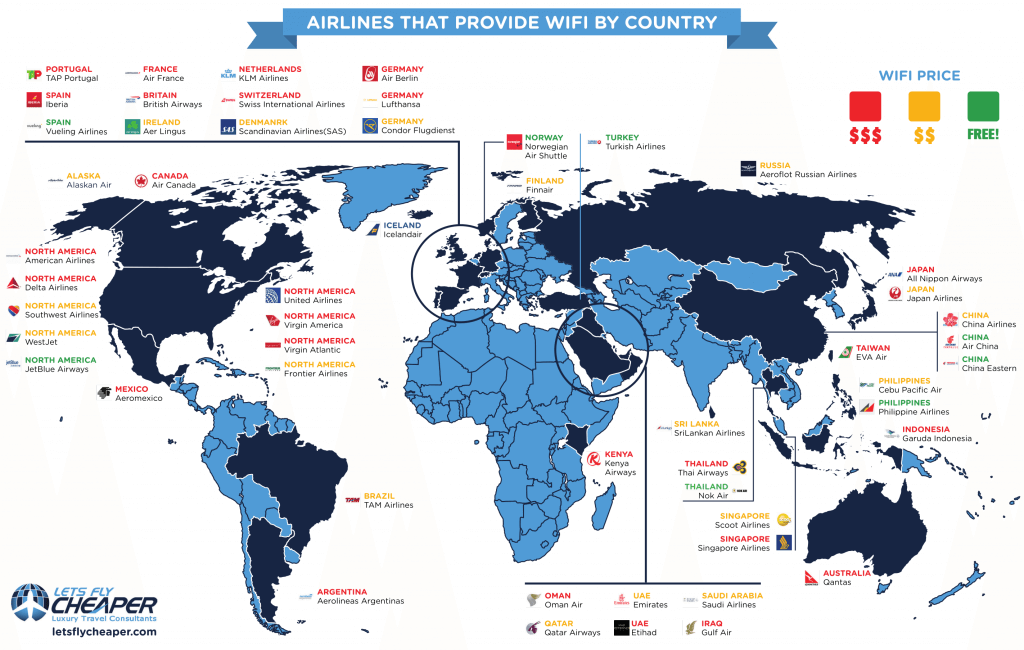 Many of us are at a point with technology where we expect constant access to WiFi – even when we’re high in the sky. “Does my flight have WiFi?” is not a question we still expect to ask ourselves in this day and age. Unfortunately, airline WiFi can still feel like a luxury. The good news is that many airlines are learning how much inflight WiFi affects the quality of a customer’s flying experience. But adding WiFi is just the start – as a general industry-wide push, airlines that have onboard WiFi are now trying to make it better, faster, and cheaper. So before you board your next flight, keep in mind these few things listed below that will give you the best access to your airline’s WiFi service.

Many airlines charge differently depending on whether you need WiFi for your phone, tablet, or laptop. Because smaller devices like smartphones generally use less data, WiFi internet for them tends to be cheaper. But many suspect this may be more of a marketing thing than anything else – business travelers who use their laptops will pay the few extra bucks in order to get some work done in the air. Luckily, the internet has figured out some ways to trick your laptop into being a mobile device in order to get those lower WiFi fees.

Also keep in mind that it’s cheaper to buy inflight WiFi and entertainment ahead of time (if the option is available). Gogo, one of the most widely-used onboard internet providers, offers monthly package deals that travelers can use not only on their respective airline, but also on participating airlines that use Gogo. Just watch out for that monthly auto-renew!

One more thing about payment – some airlines, like Frontier and Lufthansa, let you pay for onboard WiFi with miles. So if you’re sitting on a heap of unused miles, remember that you can use them for some inflight locoredireaces entertainment. 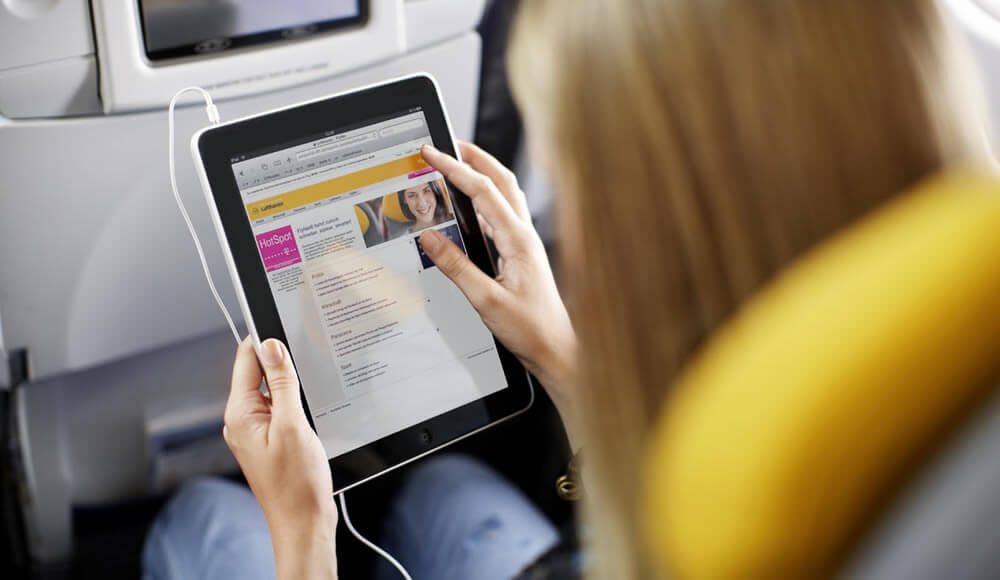 While many airlines are rapidly improving their plane’s internet speeds, there’s not nearly enough bandwidth for everyone to stream the newest episode of Game of Thrones. Most internet on planes is just good enough to have email, text messages, and instagram, but not to watch or stream videos.

However, there is one exception at the moment. JetBlue purports that their WiFi service, aptly named Fly-Fi, has the ability to stream videos on all planes. Pretty impressive for such a massive airline! But beautiful things like this come at a price: while basic WiFi for internet browsing is free, they charge $9 per hour for faster service (15 Mbps) that can stream and download. Still cheaper than many airline’s basic internet service.

Even with all these great changes being made, expect that the internet might cut out every now and then, especially on international flights and even with great Gogo or Fly-Fi service. Improvements are being made, but at this point in time it’s just the name of the game when you’re thousands of feet above the ground.

Airlines that offer inflight WiFi in 2018

So in celebration of many airlines entering the 21st century, we’ve put together a comprehensive list airlines that have inflight WiFi, including details like plane types, providers, and costs. Take a peek at our list to see if you’ll be able to access text messages from mom on your next flight.