How the wealthy sail the seas 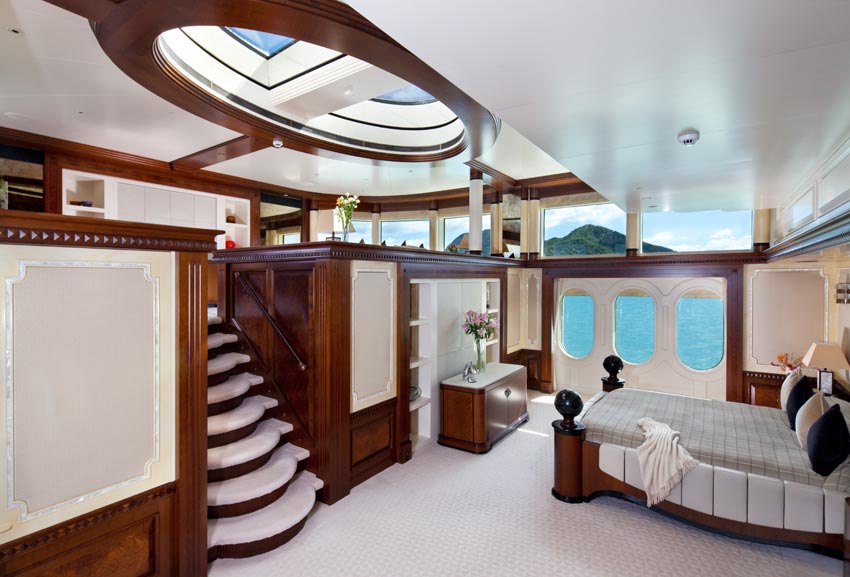 From solid gold anchors to mini waterfalls, these luxury yachts are taking life at sea to an entirely new level. Take a look at our list to see how the wealthiest people in the world sail in extravagance. 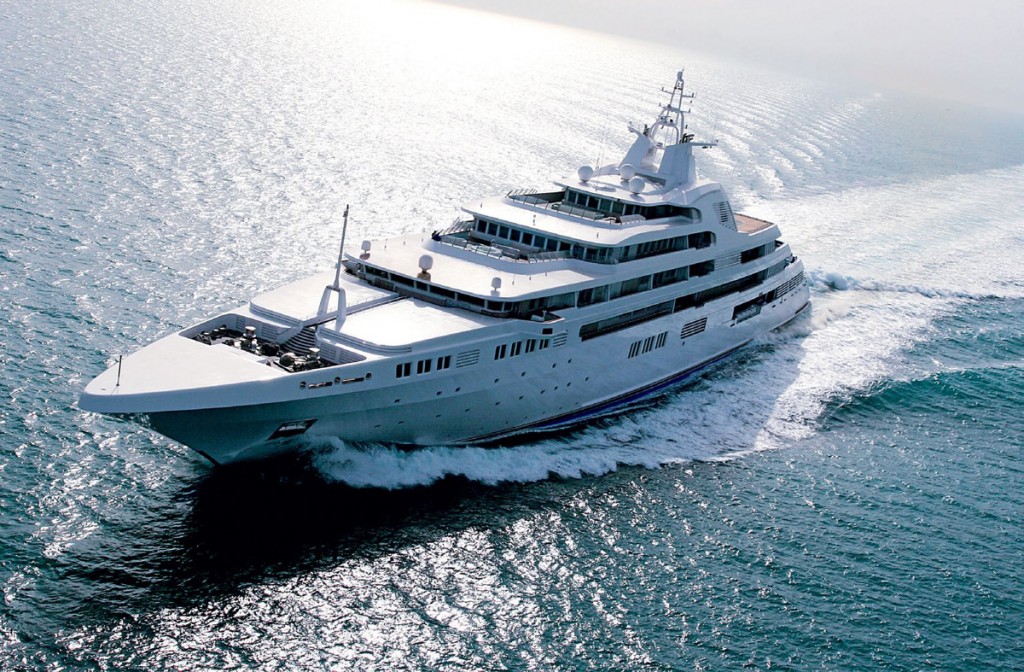 The Dubai was commissioned by Prince Jefri Bolkiah of Brunei more than 10 years before it set sail in 2006. Currently owned by the Prime Minister of the United Arab Emirates, this yacht is the third largest in the world and holds up to 115 guests. Luxuries include seven decks, a mosaic swimming pool, a helicopter pad, a full spa, and a spectacular glass staircase that changes colors. 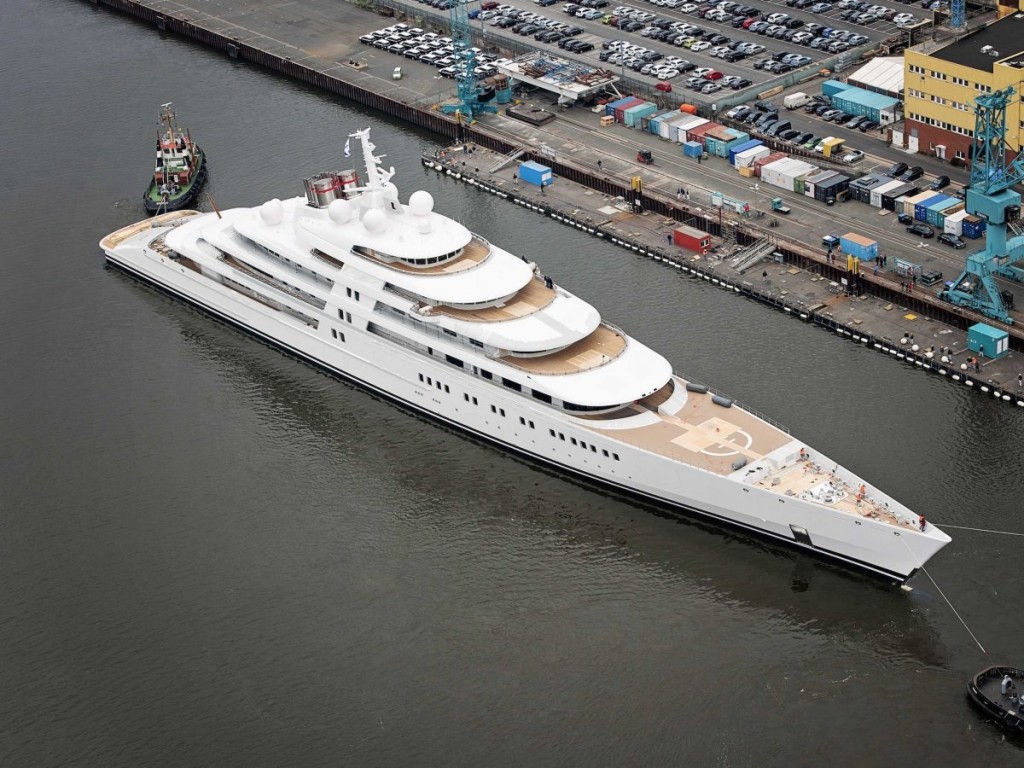 The Azzam measures in at 590 feet, making it the largest private yacht in the world. It’s also one of the fastest, reaching speeds of around 40 knots (35 mph) with over 94,000 horsepower. The boat carries a submarine as well as a missile defense system. No interior photos have ever been released, but it’s rumored to have 50 suites and a 95 foot salon with no interior pillars. Maybe someday you’ll get to sneak a peek! 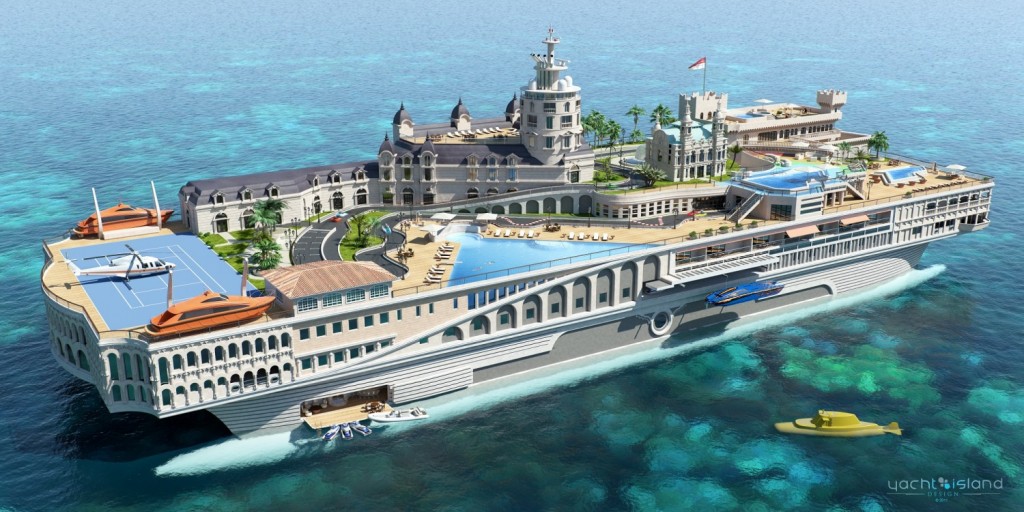 As the name suggests, this luxury yacht is a floating replica of the city-state of Monaco, specifically the area of Monte Carlo. Yes, you heard that right – this yacht contains scaled-down reproductions of famous landmarks including parks, the racetrack, and famous hotels like the Hotel de Paris. Besides its general grandiosity, additional swimming pools, tennis courts, and even a mini waterfall make this luxury yacht one of the most ambitious and awe-inspiring! 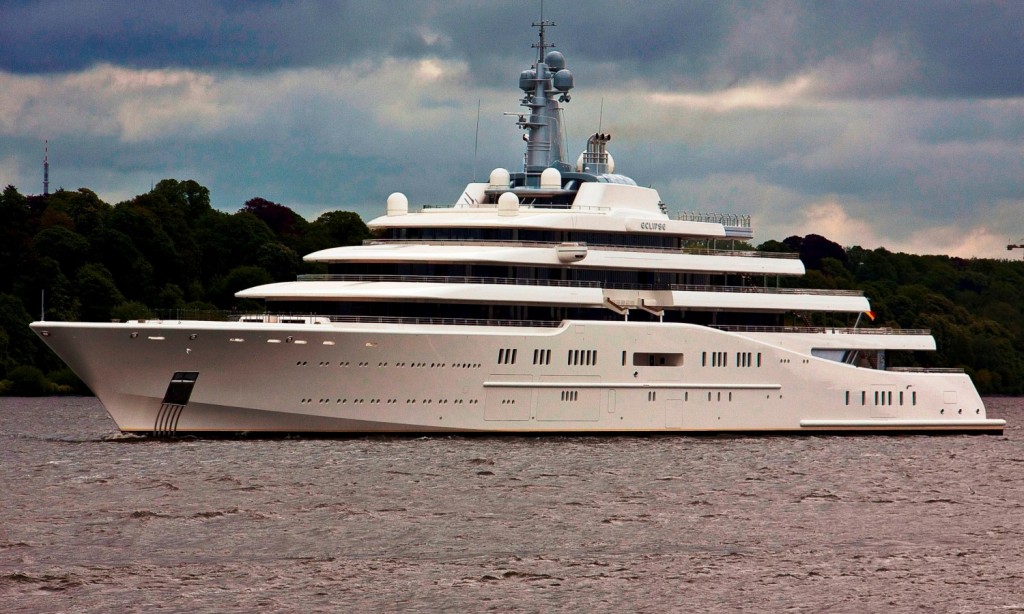 The Eclipse was built by Blohm and Voss of Hamburg and measures 536 feet long, making it not only one of the most expensive but also one of the largest yachts in the world. It requires about 70 crew members and contains 24 guest cabins, two swimming pools, multiple hot tubs and helicopter pads, a disco hall, and even a submarine. Russian businessman and owner Roman Abramovich maintains his privacy with the yacht’s anti-paparazzi shields that shine a light directly into detected camera lenses in order to prevent pictures from being taken. And just to be safe, the yacht is equipped with a missile defense system that can detect incoming rockets. 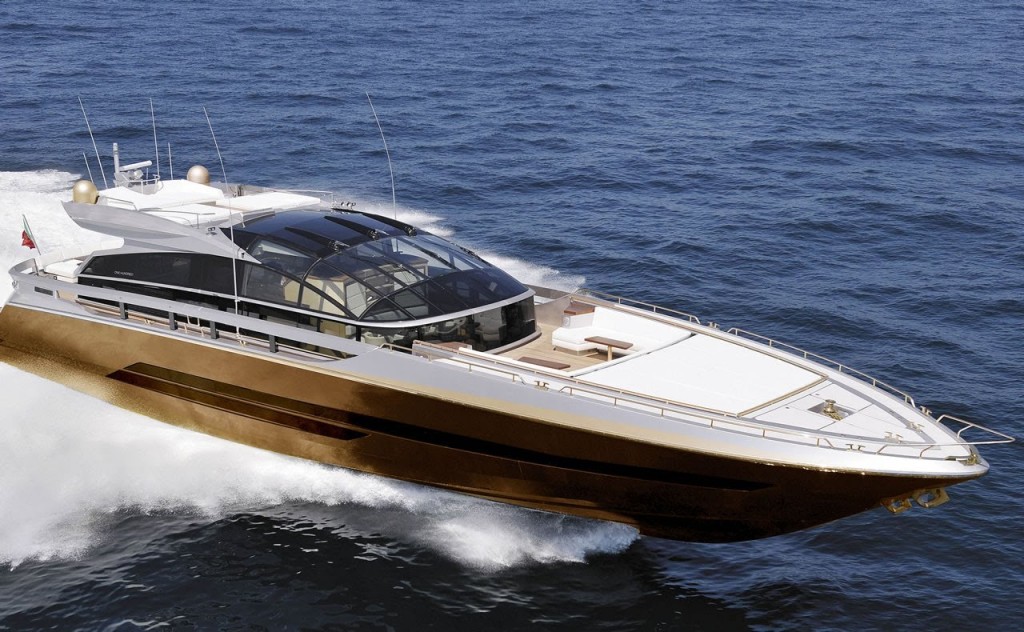 Designed by luxury designer Stuart Hughes, this beauty took more than three years to complete and was purchased by a Malaysian businessman for 4.5 billion. Yes you heard that right – 4.5 billion! This 100-foot long vessel may not flaunt its wealth in size but packs a seriously spectacular punch in its interior. Around 220,000 pounds of solid gold and platinum are laid throughout the entire boat, from the dining room, deck, rails, staircases, and even the anchor! The yacht is covered in diamonds from head to toe, starting with a 45 million dollar liquor bottle to an iphone covered in 500 cut diamonds. The master bedroom is a monument to luxury, with a meteorite rock, a statue made from T.Rex bones, and a 24-carat gold aquarium. With everything from beds to a business suit dripping with the world’s most precious materials, it’s no wonder that the History Supreme is the most expensive yacht ever built.