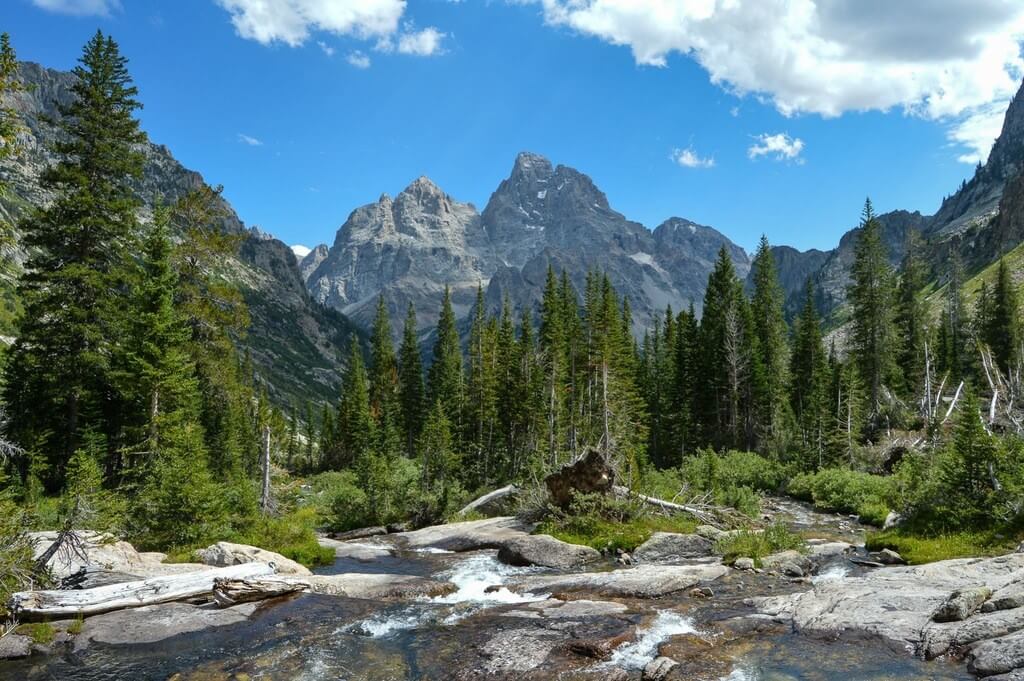 You’ve heard of Yosemite, Yellowstone, and of course the Grand Canyon. But with 59 national parks, the U.S. has so much more to offer! Avoid high admission prices, escape those large crowds, and get a taste of nature off the beaten path. These underrated national parks will give you a refreshing look at nature. Here’s a list of our favorite lesser-known national parks that are worth exploring. 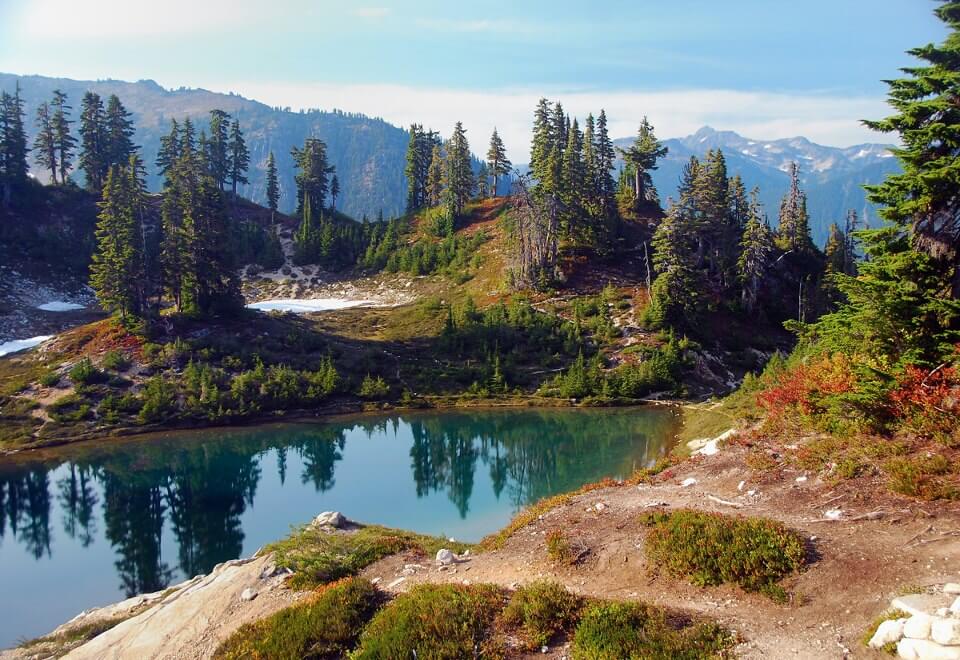 Fifty miles from the Canadian border and about three hours northeast of Seattle, North Cascades is exactly how you’d picture the Pacific Northwest landscape – beautiful flora and fauna, pictureque mountain peaks, and crystal clear waters. This national park contains more than 300 glaciers – more than half the amount in the lower 48 states – that feed into some of the highest waterfalls in the world. The park boasts 127 lakes and nearly 400 miles of trails to explore. And the wildlife here ain’t too shabby either – more plant species than anywhere in the world, and over 75 mammal species – including the occasional grizzly bear. 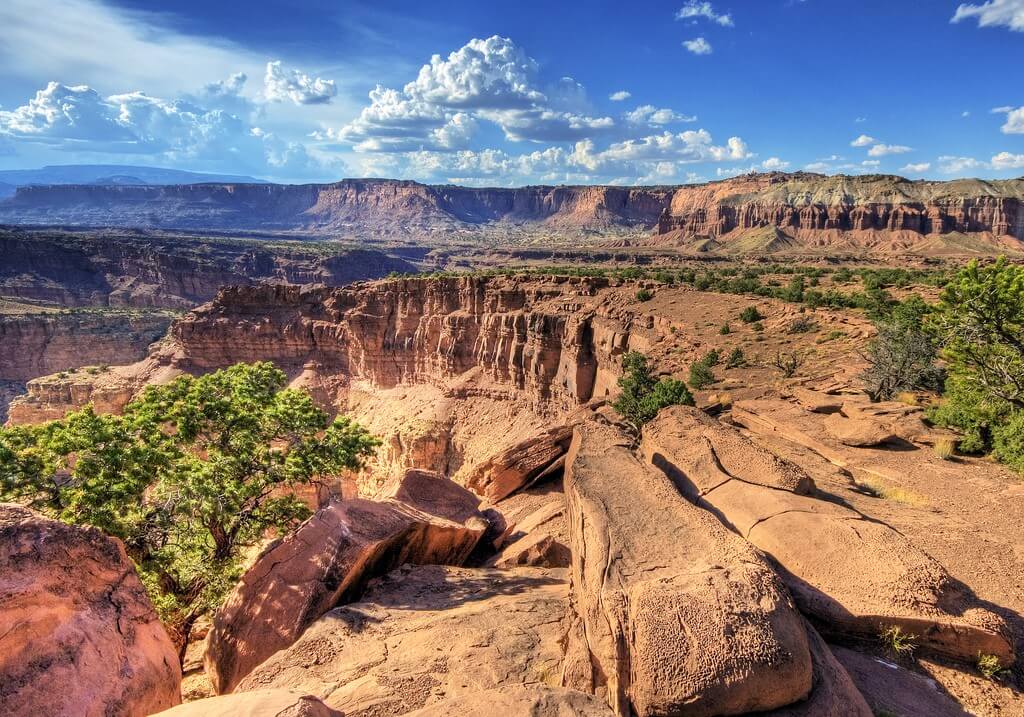 This red beauty is located in south-central Utah within the Waterpocket Fold, a 100-mile long geological “wrinkle” that leaves a colorful array of mountain layers. Visitors can explore Capitol Gorge Trail, Goosenecks Overlook, and Cassidy Arch, named after the famous outlaw Butch Cassidy who used this area as his hideaway. The park’s blushing landscape is great for scenic drives, and down Route 12 you can catch a stunning collection of 1,000-year-old Indian petroglyphs. 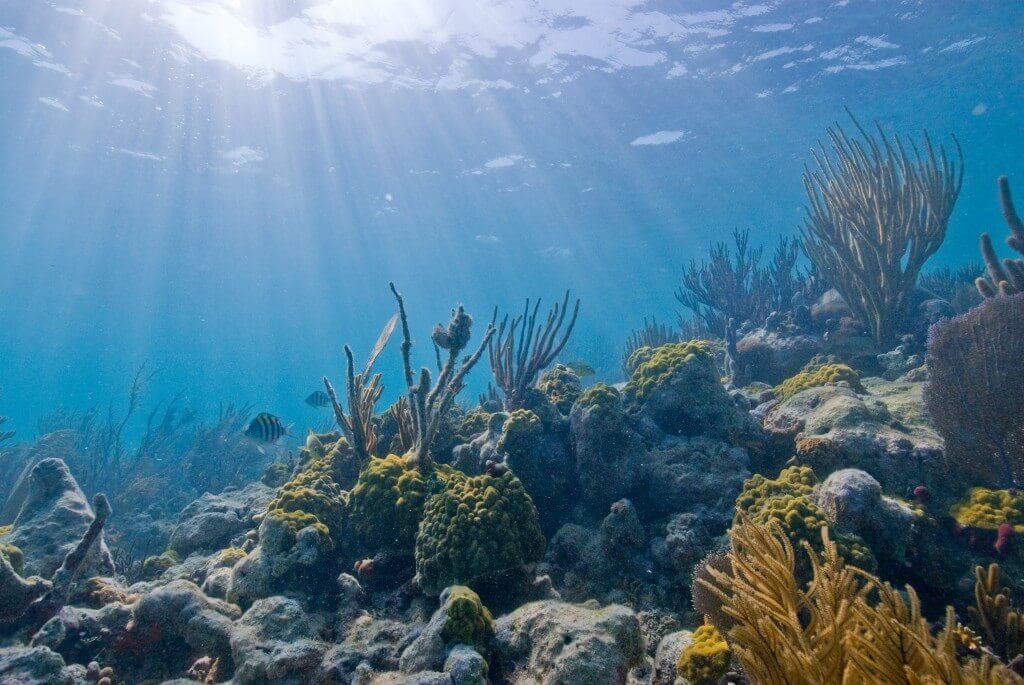 Get your scuba suit ready! 95 percent of Biscayne National Park is actually underwater, making it America’s largest marine park. Located right next to Miami in southern Florida, this park contains 30 islets (part of the Florida Keys), a mangrove forest, the world’s third largest coral reef, and 173,000 acres of clear blue waters in the Biscayne Bay. Underwater explorers can feast their eyes on over 70 shipwrecks, six of which are part of the Maritime Heritage Trail. With over 200 species of fish, scuba divers, boaters, and snorkelers are in for a tropical treat! 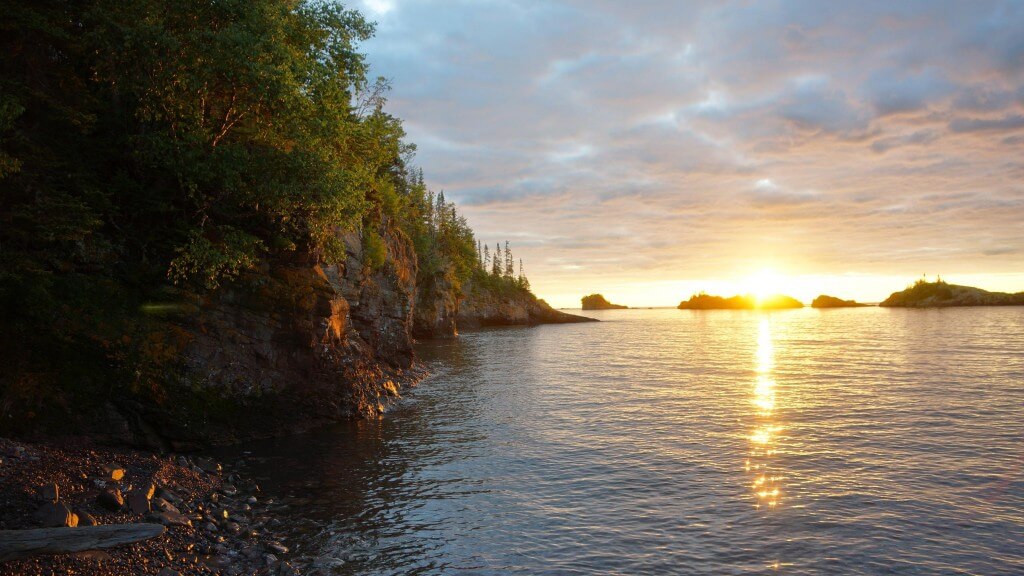 This remote park near Thunder Bay, Canada, is the largest island in the world’s largest freshwater body (Lake Superior). The park is only accessible by boat or seaplane, which may explain why it’s the fifth least-visited park. However, its isolation gives it a unique environment – Isle Royale has incredibly high densities of freshwater clams and snails, and it’s the only place where moose and wolves coexist without bears around. There’s over 400 satellite islands, 165 miles of hiking trails, and 36 wilderness campgrounds. So for anyone looking for some alone time in the untouched backcountry, this may be just the place. 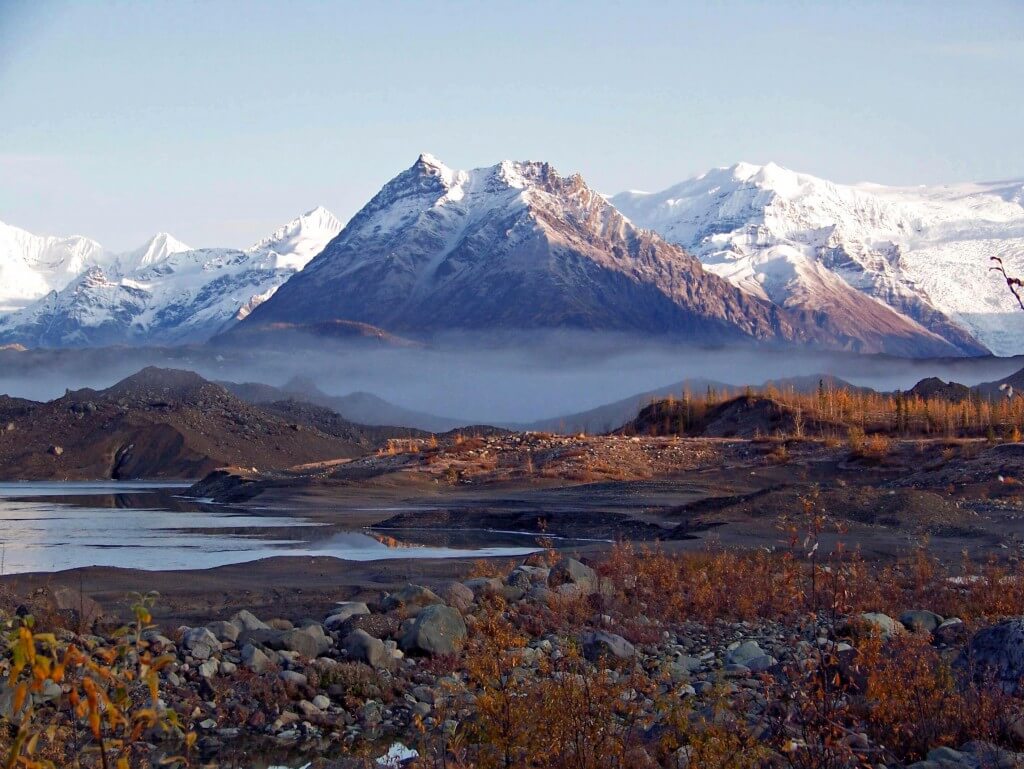 Go big or go home should be this park’s motto! Wrangell-St. Elias National Park takes the cake for the nation’s largest park, with its 3.2 million acres of Alaskan wilderness – making it six times the size of Yellowstone and larger than nine U.S. states!  The park has North America’s highest concentration of glaciers as well as nine of the 16 tallest mountains in the U.S. If that’s not enough natural wonder, you can also visit Mount Wrangell, one of the world’s largest active volcanoes that can be seen smoking on clear days. In addition to rafting, hiking, fishing, and general wilderness actiivty, visitors can tour the ghost town of Kennecott and its historic copper mines. 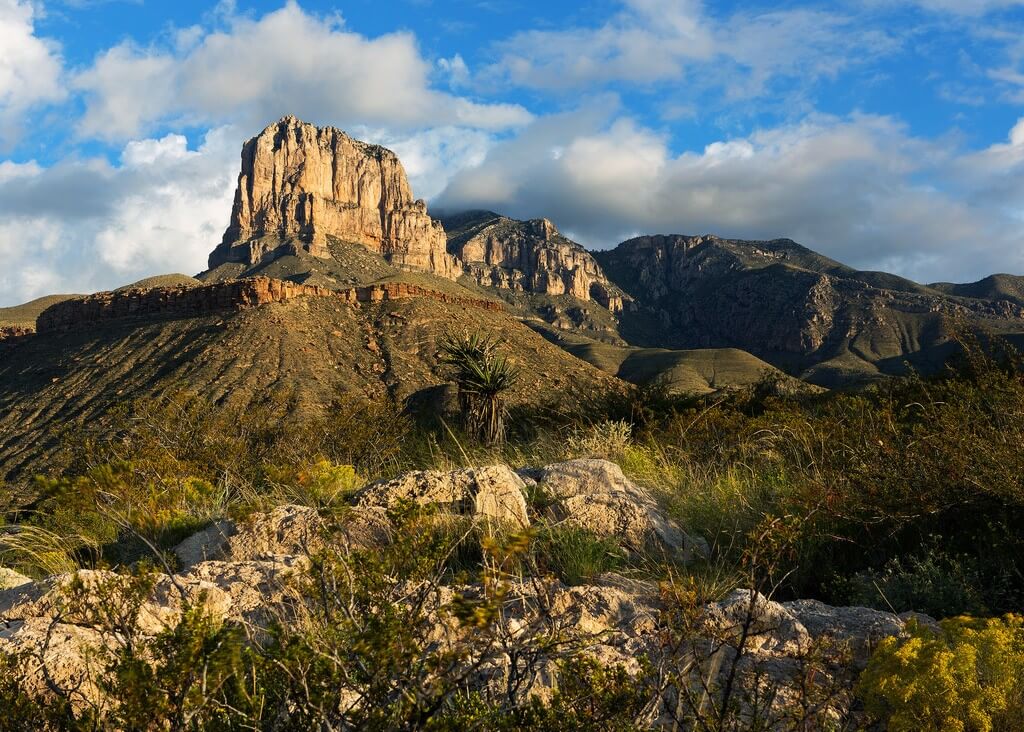 This gorgeous park in West Texas may be one of the nation’s smallest but is packed with sites to see. These mountains were once a vast tropical ocean that has left us with 400 miles of incredible fossils and limestone. The park is mostly known for El Capitan, the towering cliff named from the Capitan limestone. There’s about 80 miles of trails and two campsites, with an incredible desert ecosystem to explore including plants like yucca and agave. And some of the trails lead to McKittrick Canyon, which holds an unexpectedly dense deciduous forest. 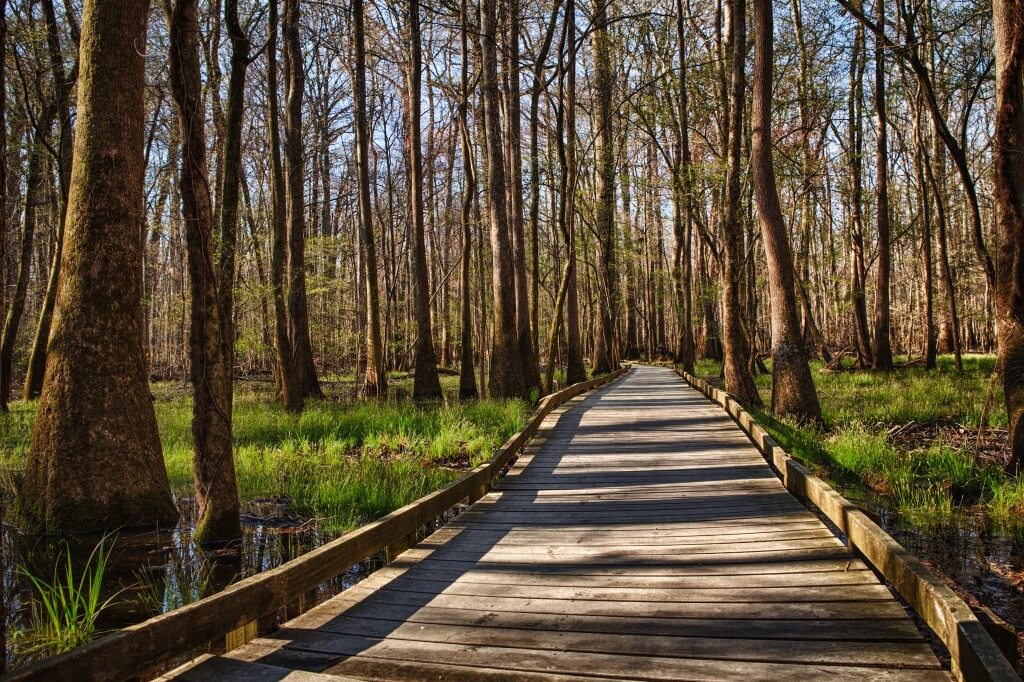 This 27,000-acre park boasts an impressive hardwood forest with trees that have remained mostly untouched for hundreds of years. More than 75 different tree species can be found here, including champion, water tupelo, and bald cypress trees. Given all the lush backcountry, you’re bound to see one of the many creatures that call this park home, including woodpeckers, river otters, bobcats, and even armadillos! Acitivities include nighttime “owl prowls” and guided canoe tours. And since it’s a floodplain forest, most of the 30 miles of trails are elevated – but there’s still flooding about 10 times a year. 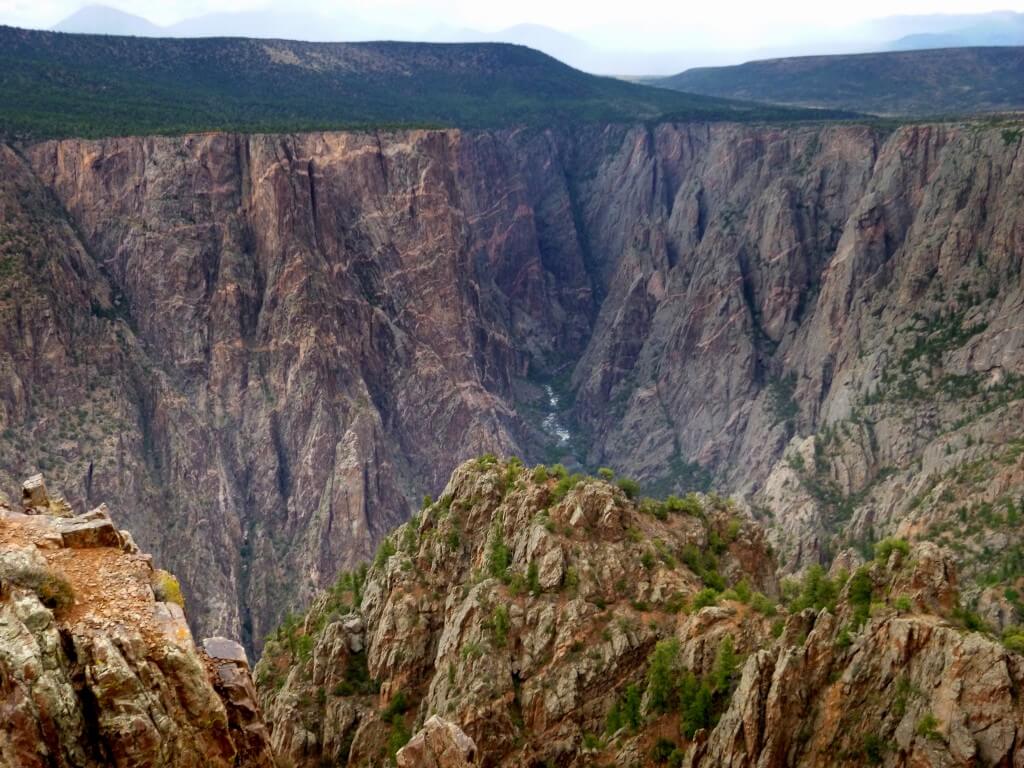 Tucked away into Colorado’s southwest corner, this 48-mile long canyon got its name from the incredibly steep canyon walls that block out sunlight from the canyon depths. Sculpted by the Gunnison River over 2 million years and with canyon walls nearly 2,000 feet tall, only experienced rock climbers are allowed to hike within the canyon. But visitors are still in luck – anyone can take trails along the north and south rims and catch some spectacular views. Campers can also set up tent at Blue Mesa Point that overlooks Colorado’s largest body of water, the Blue Mesa Reservoir.

Ever visited any of these spectacular national parks? Let us know in the comment section!

« Luxury Wilderness Resorts Around The World
Luxury Travel Trends Of 2016 »