Worst U.S. Airlines for On Time and Cancellations for 2012

Online business class travel specialist, Lets Fly Cheaper announce the results of the worst U.S airline based on their on time performance and the airlines with the most cancellations

Fremont, CA – December 3, 2012 – 2012 proved to be a challenging year for many of the United States major airlines in regards to their on time performance in addition to cancellations. With the growing feud among the American Airlines pilot union and the AMR management and a large number of maintenance delays and cancellations, American took one of the top spots among cancellations while United Airlines had the worst record for delayed flights. United’s regional partner, Express Jet Airlines came in second place for delays and had the most cancellations of all the airlines polled. Hawaiian Airlines had the best on time record with the least cancellations.

According to the Bureau of Transportation Statistics, in 2011, United Airlines ranked 7th for having the worst on time record. 2012 is the first year the airline is reporting the data under the United and Continental merger. Online business class travel site Lets Fly Cheaper released their picks for the airlines with the worst on time performance and cancellations based on data for the 2nd quarter of 2012 from the Bureau of Transportation Statistics. 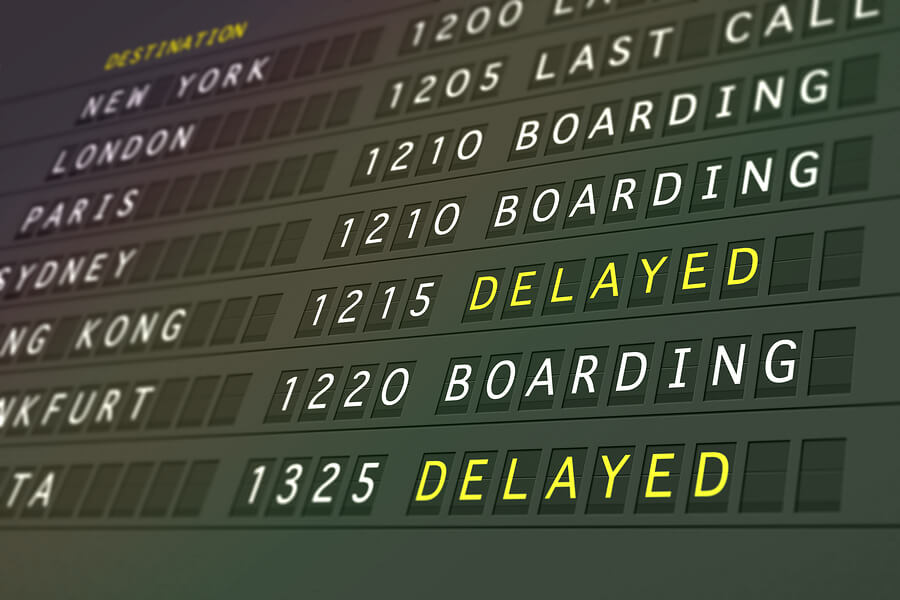 “Weather is always a big delay factor, especially in places like Chicago, Denver and the New York City area. United is faced with a lot of weather challenges in their Newark, Denver and Chicago hubs. The recent super storm Sandy also caused many cancellations but the BTS data doesnt have those percentages yet so they aren’t a factor in this study” says Lets Fly Cheaper CEO, Ramon vanMeer.

Aside from weather being a factor, the air traffic control system used today in the U.S is antiquated. The technology is from a post-World War II era and in much need of improvement. “The FAA is currently working on a next generation of radar to help alleviate a lot of congestion. Mainly in places like the New York are where you have three major airports within a few miles of each other” says vanMeer

The airlines themselves can also harness some of the blame when it comes to cancellations and delays. Crew shortages are a big issue with some of the carriers. For safety issues, airline crew members are restricted by the FAA to how many hours they can work in one day. “If one crew member reaches their maximum duty time, it’s a ripple effect on the entire flight while the airline frantically attempts to replace that crew member. This causes a delay and in some cases a cancellation if a replacement can’t be found. That’s entirely the airlines fault for not efficiently managing their crew member schedules or properly staffing their airline” says Lets Fly Cheaper Marketing Director, Sean Delanty.

« 20 Most Expensive, Major U.S International Airports to Fly in and Out of for 2012
Data Shows Fuller Flights in 2012 for U.S Airlines, According to Lets Fly Cheaper.com »