Lets Fly Cheaper announces its end of 2011 “Worst Airports for Business Travelers.” The list is based on number of delayed flights during the past 30 days

Low fares business class specialist Lets Fly Cheaper (LFC) has compiled its first “world’s worst airports” list of international and domestic airports with the worst records for delayed flights. LFC culled through several sources to ultimately come up with its own criteria and list of worst performing airports. 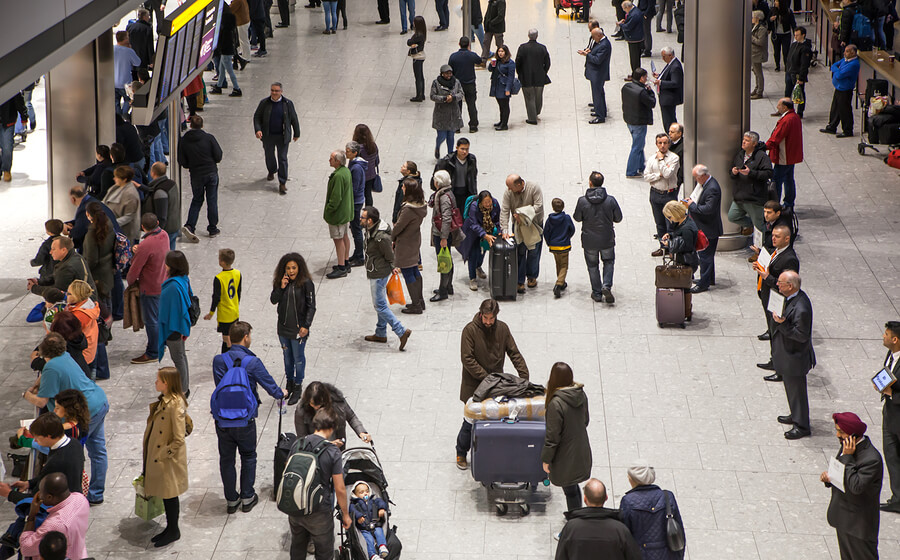 “There are tons of year-end worst airports lists out there. Some are based on overall satisfaction, while others focus on details like how easy it is to sleep in the airport,” said Ramon Van Meer, Lets Fly Cheaper marketing director. “We wanted our list to be relevant to our customers, who travel primarily for business, and to our company, which specializes in getting customers the best travel deal, right here, right now.”

“Business travelers live in the moment,” said Van Meer. “They care about making their flight connections today, not whether they could have made them 11 months ago. Their #1 concern is getting to their next big deal on time. Period. That’s why LFC has shortened our time horizon from all year to the past month and focused exclusively on delays, not airport amenities. Our data is based on December 2011 statistics only. This gives us the flexibility to publish new results monthly, if customers find our list useful.”

Not surprisingly, all “winners” are among the world’s busiest airports. LFC’s international list includes three Asian-Pacific entries and two European entries. Charles De Gaulle is one that appears consistently on almost every “worst” compilation across the board. Yet it only clocks in midway down the LFC list. The “top” honor for most delayed flights – by a margin of almost 2:1 is Beijing, with a whopping 12,864 delayed flights for December.

Domestically, the “usual suspects” that seem to always top other worst lists (Miami, JFK) are notably absent from LFC’s picks for delayed flights. LFC’s list includes two Texas airports, plus three that come as no surprise, given the volume of air traffic they handle.

Number of Delayed Flights: 12,864
Beijing Capital International Airport is the busiest airport in Asia and the second busiest in the world. The airport hosts over 73 million passengers annually with 70+ airlines flying to more than 200 cities worldwide.

Number of Delayed Flights: 4,919
George Bush Intercontinental Airport in Houston is the eighth busiest airport in the United States and #3 for non-stop domestic and international service. It is also provides service to 30 destinations in Mexico.

Number of Delayed Flights: 5,300
Denver International Airport is the fifth busiest airport the United States and 11th busiest in the world. Denver Airport opened in 1995 and in less than 20 years has become a major transportation hub, handling some 50 million passengers annually.

Number of Delayed Flights: 7,231
Dallas/Fort Worth International Airport is the fourth busiest airport in the US and eighth busiest in the world. The airport has five terminals with two dedicated exclusively to serving American Airlines passengers.

Lets Fly Cheaper is a low fare specialist, focused on supplying cheap business class flights to international destinations worldwide. To book the lowest fare contact one of our professional travel agents at 800.240.4366 or go to https://www.letsflycheaper.com