Industry-disrupting airlines are disappearing…what does it say for the future of travel? 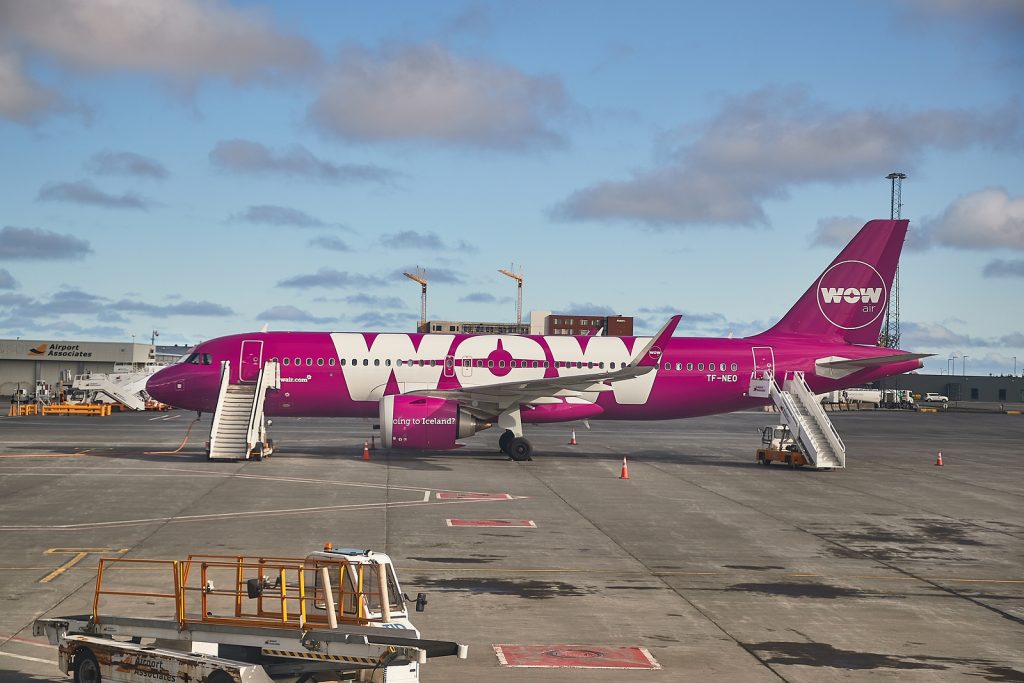 WOW Air is one of the most recent (and tragic) victims of the ruthless airline industry.

The handful of years between 2010 and 2017 saw the rise of industry-disrupting airlines that took the travel world by storm and threatened to change up the whole game.

The past couple of years have seen those upstart airlines rapidly collapsing in on themselves.

In 2018 and 2019, Primera, Jet Airways, and WOW Air all declared bankruptcy. Virgin America was acquired by Alaska Airlines. In less than a month, Joon will cease operations and be reabsorbed back into Air France. Wizz Air, Ryanair, and Norwegian, while still technically in business, all reported substantial losses in the last quarter.

It seems the sun is definitely setting on low-cost and innovative airlines.

The answer to the question what happened? is multi-pronged. Rising fuel costs, mis-management, and bargain-bin ticket prices that couldn’t turn a profit all contributed to the massacre, depending on which airline you’re talking about.

But never mind the past—what does this mean for the future?

Looking to the past for a pattern

In 2018, the jetsetting collective solemnly bade farewell to Virgin America when it was acquired by Alaska Airlines. Known for its funky mood-lighting and in-flight inter-seat messaging service, Virgin America looked all set to completely disrupt the industry when it came on the scene in 2007. A little over a decade later though, it was absolved into the up-and-coming powerhouse of Alaska Airlines.

Similarly, Joon, which was launched by Air France in order to attract a younger crowd (millennials were the target audience) lasted just under two years, from 2017 to 2019, before announcing it was ceasing operations and being reabsorbed back into its parent company.

Even Southwest, once known for its saucy advertising, rock-bottom prices, and general diffidence to the industry, has had to cool its jets—pun not intended—and get itself on the relatively straight-and-narrow in order to keep competing with legacy carriers.

But it’s short-sighted to assume that airlines only started to look to the future (and summarily had their vision crushed) in the past couple of decades. Long before Joon, before Virgin America, and even before Southwest, there were airlines like Concorde, Pacific Southwest Airlines, and Western Airlines. Each was an innovator or disruptor in their own way—setting the time record for crossing the Atlantic, promoting themselves by painting cheerful smiles on the nose of their planes, offering such funky amenities as punch served out of a volcano on their flights to Hawaii—and they all disappeared, more or less without a trace, from the industry.

When considering these innovative airlines of the past, one has to wonder if the airline industry is stuck in a homeostasis where fresh outlooks are tolerated only briefly, before being consigned to the annals of history. And if this is the case, is there anything that can be done about it?

The hamartia of hubris

If the existence of an industry-disrupting airline in inherently short and bleak, then why do airlines attempt to continue to buck the system (before shortly, and inevitably, going defunct)?

For an answer to that, we have to look at WOW Airlines, which declared bankruptcy only just this year. WOW, which was founded in 2011, commenced operations in 2012, operating low-cost flights from the US to Europe (with stopovers in Iceland). WOW Air was started by Icelandic entrepreneur Skuli Mogensen, who acquired the operations and network of the now-defunct (and also low cost) carrier Iceland Express.

This acquisition probably should have come as a warning sign. No amount of hubris was going to save WOW from following in the footsteps of its predecessor. For a few years, it certainly gave its competitor, Icelandair, a run for its money, and the cost of flights to Iceland and Europe briefly plummeted. At the peak of the competition, during the summer of 2017, it was possible to get round trip tickets from New York to Europe for under $300.

But in order to maintain this, WOW Air was forced to hemorrhage money. They expanded rapidly—even adding a route to India—and then folded just as quickly. Despite this, the CEO of WOW is already on the hunt for more funding, certain he can resurrect the airline.

The story of people stepping into the industry with no experience, thinking they know best as to how to run an airline is as tale as old as commercial flight—and probably one of the biggest reasons promising airlines go defunct or get absorbed by larger, more established (and boring) airlines.

Success is not a measure of success

One of the most beloved airlines in US history was Virgin America. When it announced its last-ever flight—from Los Angeles to San Francisco—dozens of travel bloggers coveted a ticket. Passengers with fond memories of the airline will wax poetic about its purple-and-red cabin lighting, free wifi, music played during boarding and entertaining safety videos (which launched a trend in the industry). “We simply want to make air travel better,” Virgin Group’s design director said at the original founding of the airline in 2007.

And by all measures, that is exactly what Virgin America did. For the next ten years, Virgin America embodied the pioneering spirit of every innovative airline that came before it, without sacrificing its competitive daring. It was low-cost, hip and friendly, and by all rights, it should have kept the airline industry on its toes for many years to come.

Instead, it was purchased, lock, stock, and barrel, by the larger Alaska Airlines, who saw the quirky Virgin America airline as a way to expand into the California market.

In this case, Alaska Airlines has made some noise about maintaining the innovative spirit of Virgin America, but there’s no saying how committed they are to this endeavor. And at any rate, the purchase hangs as a stark warning over the success of other upstart airlines: managing to thrive while upending the industry is no guarantee that the whole operation won’t be bought out from under them.

Holding out hope for the future

As disappointing as the boom-and-bust cycle of innovative and low-cost airlines can be, the pattern is trending upwards. Where once Virgin America was innovative for offering free wifi, for example, now a number of airlines have started to do the same. (And wifi, free or not, is becoming a prerequisite for all airlines that want to seriously compete in the industry.)

And even as the industry to laying to rest the previous group of innovative airlines, the next crowd of upstarts is making its way into the spotlight. In 2017 and 2018, no less than four new budget airlines commenced operations: Swoop, in Canada, Level, based out of Barcelona, World Airways, a relaunch of an old brand now with start-up backing, and Moxy, from the founder of JetBlue. Each hopes to balance along the precarious knife’s edge of offering low-cost flights without sacrificing too much in the way of passenger comfort (unlike, say, the Frontier or Spirit model of rock-bottom prices combined with endless add-on fees).

Will these airlines succeed in making a place for themselves alongside established carriers? History says no—but no doubt each will contribute a spark to the growing inferno that powers major changes in the airline industry. For now, there’s no saying what new innovations each might contribute. Time will tell what changes they will spur in legacy carriers desperate to keep up with the competition.

So while there may be no end in sight for the rapid rise and fall of innovative, low-cost airlines, their continued sacrifice is slowly pushing the airline industry into the future.