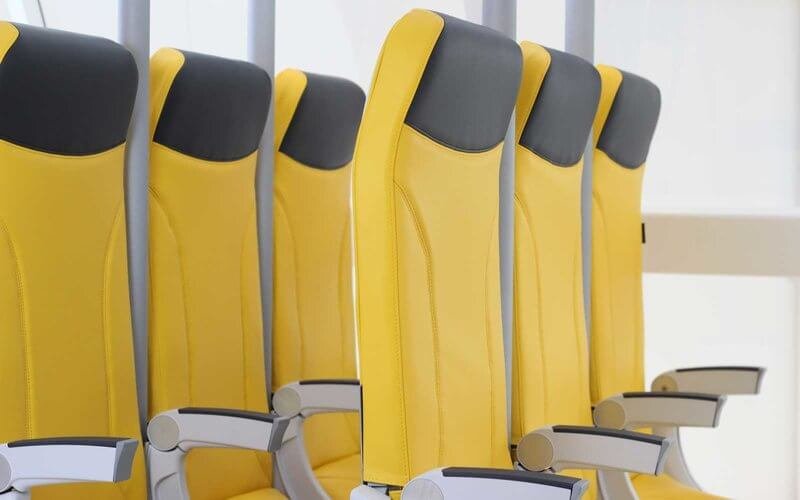 Screaming children, stale peanuts….saddle seats? That’s right: just when you thought flying in economy couldn’t get any worse, some airlines are now considering a new style of seat that might just revolutionize economy seating–although not in the way you’re hoping.

Called “SkyRider 2.0”, these seats are an updated version of the original SkyRider seat, which, fortunately, weren’t ever picked up by commercial airlines. Now, however, it looks like they might actually have a chance.

SkyRider 2.0 seats debuted at this year’s Aircraft Interiors Expo. These ultra basic-economy seats feature just 23 inches of pitch, and a “saddle seat” which requires passengers to distribute some of their body weight to a foot panel at the base of the seat. While this might not sound appealing for those traveling in them, the seats offer a great deal of value according to airline executives.

With only 23 inches of pitch, the Skyrider 2.0 allows for 20% extra seats on flights, while weighing 50% less–cost saving measures that airlines might pass on to travelers via lower ticket prices.

At the moment, however, no airlines have signed on to install the minimalist designs, although according to sources, there was considerable interest generated by Aviointerior representatives at the expo. I guess we’ll all just have to wait and see what the future of economy travel holds–and in the meantime, rack up those frequent flyer points so that we won’t have to find out first hand.

2 thoughts on “Economy Seats Might Be Getting Even Smaller”