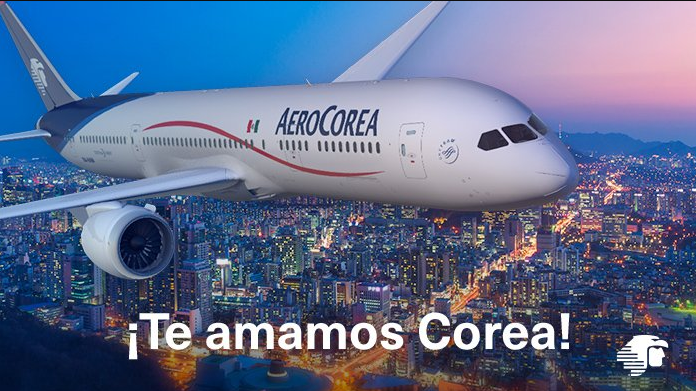 Even if you haven’t been following the World Cup, you might have heard about what happened yesterday.

In an outstanding upset, South Korea’s team defeated Germany 2-0, which eliminated Germany and allowed Mexico to remain. If you were on the internet at all yesterday, you may have seen snippets of the reactions in Mexico being posted across social media–most famously, the South Korean ambassador to Mexico being hailed as a hero, paraded through the streets and offered a shot of celebratory tequila.

But of course, Mexico’s new found enthusiasm for the peninsular nation doesn’t stop there. Today, AeroMexico announced a 20% discount on flights to Seoul. How’s that for a thank-you?!